Go for the Gold

This is a lifetime membership made in recognition of outstanding contribution to the Ontario Building Envelope Council.

Congratulations! These six individuals have joined an elite group of professionals dedicated to the implementation and effective use of
Building Science Principles in the Construction Industry of Ontario. 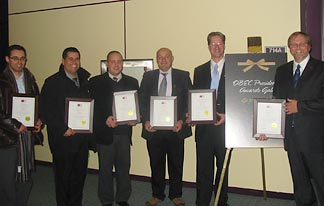 “OBEC Award of Distinction - Materials” identifies an individual or a company that has introduced a product or building system that has substantially improved the design, construction, or performance of the building envelope 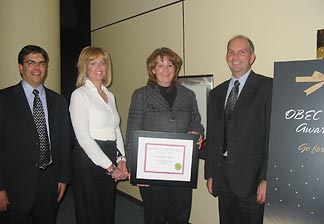 “OBEC Award of Distinction - Design” recognizes a project team that has achieved excellence for either a new or retrofit design to a significant component of the building envelope. 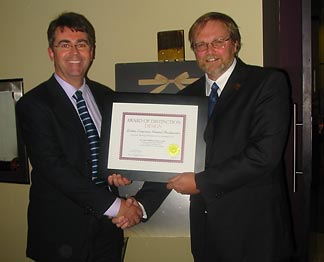 The OBEC President's Award of Excellence has been renamed the Anthony A. Woods Award of Excellence (Beckie). In May 2009, Tony Woods passed away. In recognition of his many years of tireless service to the discipline of building science and to the Ontario Building Envelope Council we are thrilled to rename this award in his honour. 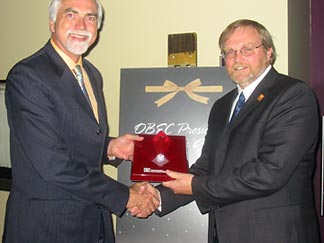